The third Sustainable Development Goal (SDG) is entitled ‘Ensure healthy lives and promote wellbeing’, reinforcing a long held principle enshrined in the World Health Organisation’s (WHO) definition of health, which states that it includes both physical and mental aspects. This idea of health as a holistic concept is widely acknowledged historically and across cultures, and reflected in the popular slogan ‘no health without mental health’, but global public health and development efforts have paid far less attention to mental health than physical health to date. However, mental health is an important consideration for many of the other global goals and investing in mental health is crucial for attaining all the SDGs.

In the context of Africa, how has this issue been addressed to date, what are the gaps and what needs to be done? Above all, how can we support the innovative mental health solutions that have been developed on the ground by Africans to meet local needs?

In the early part of the 20th Century, mental asylums were built in British and other colonies, reflecting the prevailing practice in European psychiatry at the time, but even these were a tiny proportion of wider health policies and budgets. Until recent times, these outdated institutions have remained the sites for delivery of the majority of care in many African countries, reinforcing the fact of 100 years of neglect of the care of people with mental health problems.

One of the consequences of this neglect of mental health has been that in many parts of the world, mental health is far less resourced and developed than other parts of the health care system, despite the fact that mental health conditions are the single greatest cause of disability, and suicide is the second biggest killer of young people (15-29) globally.

Africa in particular struggles to meet a number of the key parameters.  In many sub-Saharan countries, less than 1% of already small health budgets is spent on mental health, and much of this is used wastefully on institutional care. However, we see a similar picture at an international level, where about the same 1% of Official Development Assistance for health is spent on mental health.

The result is that many sub-Saharan African countries have only one psychiatrist per million population, and some countries have none. The few mental health professionals available tend to be located mostly in the large cities. Psychiatric nurses and psychologists exist in very small numbers, and primary care personnel do not treat mental health conditions, so that in many countries, 90% of people with mental illnesses have no access to treatment, especially in poor and in rural areas.  The limited access to professional mental health care, in addition to prevailing cultural beliefs, means that there is frequent recourse to care by spiritual and traditional medicine practitioners, some of whom employ abusive practices such as chaining patients, physical abuse and food deprivation.

The limited number of mental health professionals is in part because of low investment, but also because mental ill health is so stigmatised that people do not consider working in mental health as a career option. To make the situation worse, because there is also a shortage of mental health personnel in high income countries, there is a very high level of brain drain in this sector.

However, the world is waking up to the importance of mental health as a part of international development and global public health priority. The past decade has seen a huge increase in attention paid to the issue, at national and international levels. For example, this year’s UN General Assembly had several key events where global leaders met to discuss mental health. A second Global Ministerial Summit will be held in Amsterdam later this year, following the first in London in 2018. These events are leading to more commitments, and increased investment in the field.

The WHO Mental Health Action Plan 2013-2030 lays out a series of priority actions at country level.  It was adopted unanimously at the World Health Assembly in 2013, which means that all national Ministries of Health have endorsed it. Its four objectives are to:

To date, the African continent is behind others in meeting these objectives. For example, only 21% of African countries have recent mental health legislation compared to a global average of 40%, and only 27% have resourced policies, compared to 53% in the rest of the world.  The mental health workforce is a tenth of the global average (0.9 professionals per 100,000 population vs. 9 per 100,000 population).

If Africa is to achieve the WHO Action Plan objectives, and the SDGs, and if people affected by mental health problems are to be able to lead better lives, we need a new approach.  Innovative, practical and locally tailored solutions which have been developed in Africa need to be scaled up to meet needs, and greater international and local investment is needed to support them.

As a contribution to this global effort, the Royal African Society and the London School of Hygiene and Tropical Medicine (LSHTM) are joining forces to present a landmark conference hosted by the Wellcome Trust in London on 20 November 2019 under the title, “Mental Health in Africa: Innovation and Investment”. The conference will bring together African and global mental health leaders to review progress in meeting the objectives set out in WHO’s Mental Health Action Plan by 2030, and plan for how to bring about transformative change. In a linked conference taking place in Burkina Faso on 5-6 November, the West African Health Organisation and CBM International will bring together regional leaders to discuss regional strategies, and feed back to the London conference, adding the perspective of Francophone and Lusophone priorities.

As the tide turns for mental health globally, we hope these conferences will play a role in ensuring that mental health can be a greater part of achieving not only wellbeing for people in the continent, but wider national development aspirations. 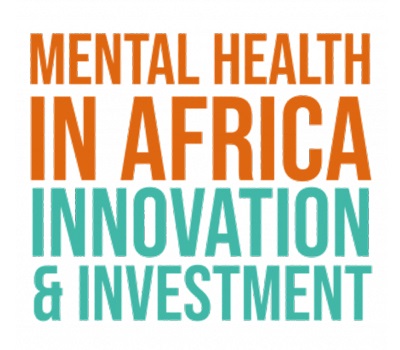